1. The name of the society is Collegium Hungaricum Oxoniese/Oxford Hungarian Society/, subsequently CHO.

3. To be a full member of the CHO it is necessary to be a member of any of the Colleges/of the University of Oxford/, or a close relative of the former, and also take an interest in Hungary.

4. The Committee of the CHO may elect honorary /or unofficial/ memvers of the CHO, who are not members of a College, but show interest in Hungary.

5. The full and honorary members of CHO constitute the General Assembly of the society. The members of the Committee /the President, the Secratary, the Treasurer etc./ are elected in each term by the vote of the majority of the General Assembly. Any full member of the CHO can hold an office in the society. The Senior Member is ex officio a member of the Committee, by her/his acceptance of the invitation by the Society to that post. The Committee makes decisions by the majority of votes.

6. The General Assembly and the Committee meets at least once in each term.

7. The subscription fee is to be fixed temporarily by the Committee.

8. This Constitution can be amended by the vote of the 2/3 majority of the General Assembly.

9. The society shall at all times be administered in accordance with the regulations for university clubs then in force. 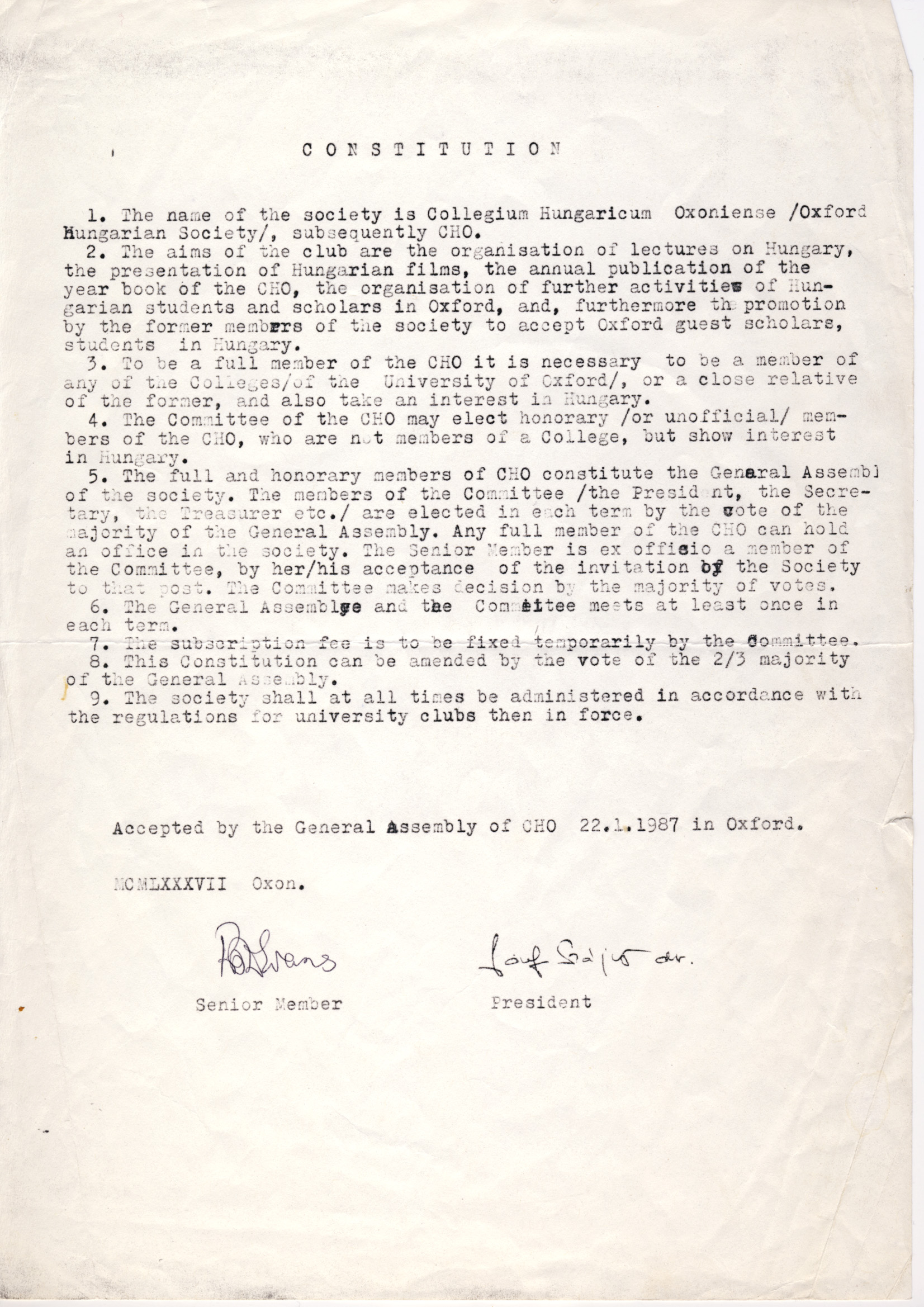